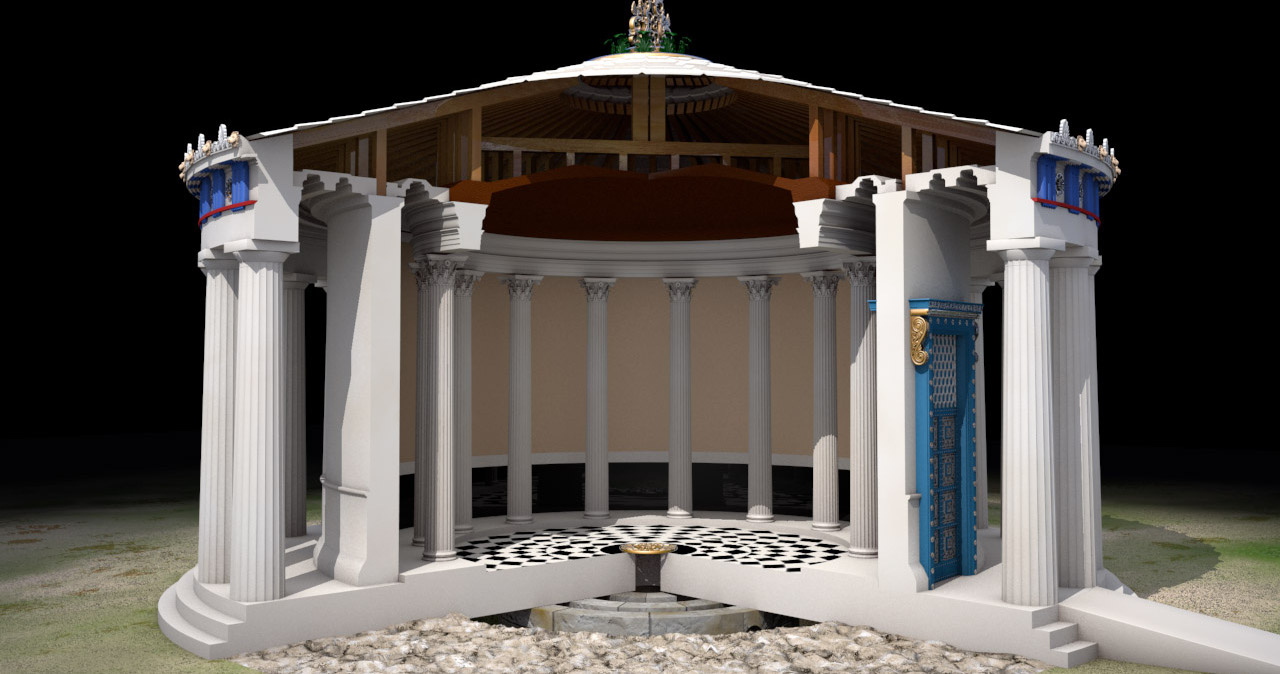 Hann Tucker received an appointment to create a 3D geometrical acoustic model of an ancient Thymele, as part of a Vermont university research project into the purpose of a partially open labyrinth below the floor discovered during excavations at the ancient Greek Epidauros site. The intention was to theorise on the potential acoustic effects of the sub-floor structure on the performance space as part of a wider assessment of the building. The model examined the reverberation and early reflection effects of various scenarios and materials related to the labyrinth. Auralisation audio files were produced to demonstrate the acoustic effects of the space with differing finishes and labyrinth configurations. The conclusions of the acoustic model were that there was a possibility the subfloor labyrinth structure could be used to alter the acoustics of the performance space. The project has been the subject of a published book 'The Thymele at Epidauros: Healing, Space, and Musical Performance in Late Classical Greece' which includes Hann Tucker’s credited acoustic assessments, theories and model results in the main body of the text, additionally featuring the acoustic report summary as an appendix.