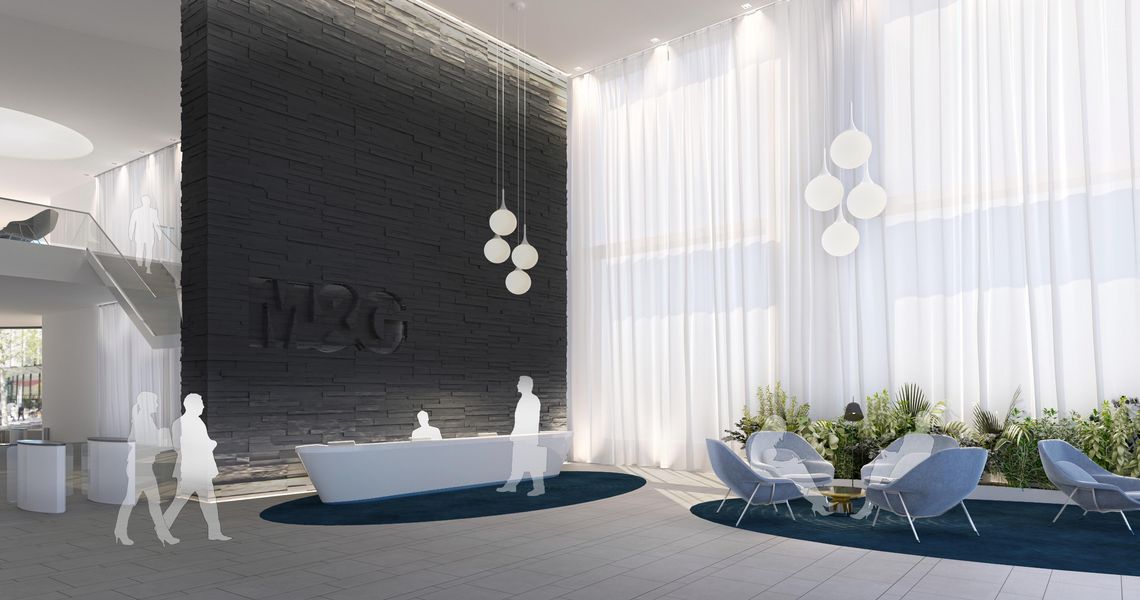 10 Fenchurch Avenue is a 420,000 sq ft, 15-storey office building that will provide commercial office space, retail use at the lower levels, a public passageway at street level and a publicly accessible roof garden. It was designed by Eric Parry Architects for Italy’s largest insurance company Generali, with a crystalline appearance that constantly changes as it is activated by daylight and the weather conditions. It will be an iconic building with a dynamic urban presence. M&G Investments new London headquarters occupies 11 of the 13 floors of office space. The fit-out team was led by TP Bennett, with HTA being appointed for all aspects of architectural acoustics and building services noise and vibration control. HTA was engaged to provide acoustic advice for the fit out of the new headquarters, as well as for reviewing the design for the base building which was not yet complete when the project started. Areas that we advised upon included: achieving appropriate levels of speech privacy between enclosed spaces; achieving a workable privacy and acoustic environment in the open plan office areas; controlling noise from building services. To demonstrate speech privacy standards to the client, we carried out acoustic benchmarking of M&G’s existing buildings so that they could better understand the sound level differences between spaces and how this was affected by the background masking noise level. This allowed for informed decisions on different types of privacy for the varying types of key rooms. The project included many acoustically critical areas including:confidential meeting rooms; 200 seat auditorium; TV studio. It was essential that the internal wall constructions provided sufficient levels of airborne sound insulation to ensure speech confidentiality between adjacent sensitive spaces, particularly Boardrooms and Executive Offices. Detailed acoustic specifications and advice relating to the control of flanking noise were provided to ensure on-site design targets were achieved. In areas where background noise levels could be low due to variable speed FCU’s, an electronic sound masking system was specified to artificially elevate background noise levels to improve privacy between noise sensitive areas. It was also important to achieve high levels of speech intelligibility within the large 200 seat Auditorium.