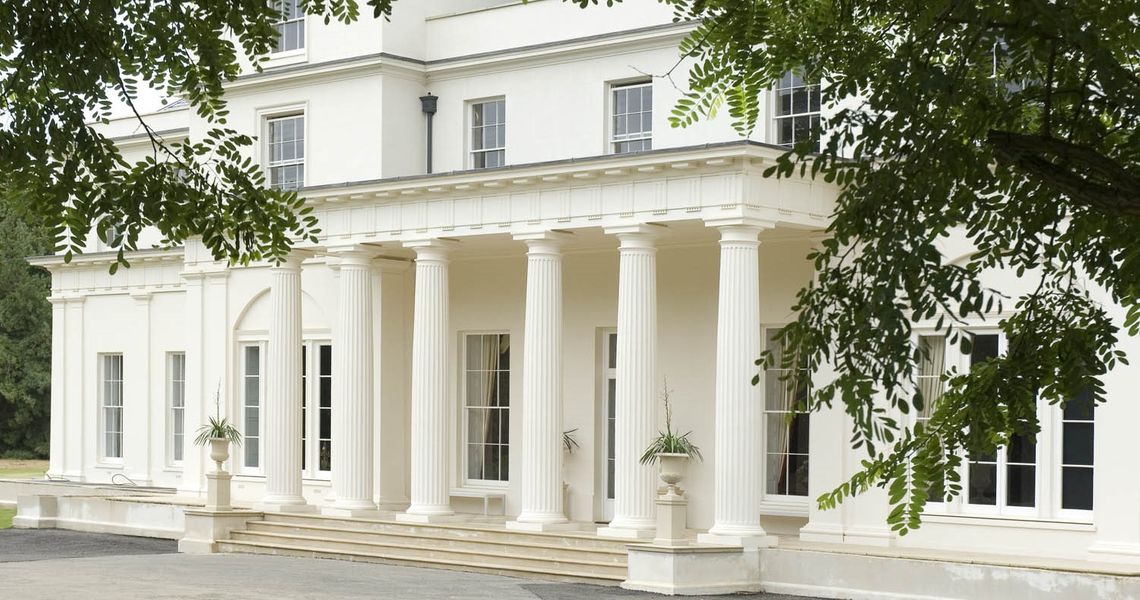 Dropmore Park is located rear of Burnham, Buckinghamshire, England, and is about 220 acres in size. It is one of the most important buildings in South Bucks and has Grade I listed building status. It was built in the 1790s for Lord Grenville, who later as Prime Minister pushed through the law abolishing the slave trade. The architect was Samuel Wyatt. Charles Tatham was architect for changes in the 19th century. In 1945, after wartime use during which it was harshly treated, the house was restored by Viscount Kemsley, the proprietor of The Sunday Times. He filled it with paintings, furniture and books. After his death in 1968 it was sold to United States International University and then to the Ambassador of the United Arab Emirates, Muhammed Mahdi al-Tajir. Dropmore was then purchased in 2012 by Richard and Ian Livingstone. The house and the grounds were used extensively for the location filming of the Doctor Who serial Day of the Daleks. HTA was engaged to provide acoustic advice on all aspects of acoustics. Key acoustic considerations of the project included: external sound insulation of the façade and roof; acoustic finishes, particularly for the entertainment pool and spa areas; environmental noise assessments; guest room sound insulation; control of impact sound and noise transfer; mechanical services noise and vibration.